England: The Most Powerful Nation in the World

The Treaty of Paris in 1763, ended the Seven Years War which was a worldwide war between Great Britain and France. It was called the French and Indian War in North America.

As a result of this treaty, the French gave up her holdings in North America and India. Thus, England became the dominant world military power with the largest naval force and the largest army in the western world.

1st. England had fought with its European rivals for almost one hundred years, on and off. In the course of those wars a large debt had been accumulated. During the most recent conflict the debt had more than doubled. The people of Great Britain were already heavily taxed. The recent Cider Tax (1763) was met with riots in England So, the question Parliament faced was, where could they obtain additional revenue to service/pay off the debt?

2nd. At the conclusion of the war in North America, England had almost 10,000 soldiers stationed there.  Now that the war with France had concluded, what was Parliament to do with them? Parliament certainly did not want these men returned to the homeland and swelling the ranks of the unemployed. Included in that number were over 1,500 commissioned officers who were well connected with members of Parliament and with the landed aristocracy and mercantile class, too. So, they had influence. It would be politically difficult to discharge this influential group from the service.

It was therefore considered politically prudent to keep all the British forces stationed in North America at the end of the conflict with France in 1763. And, it was also decided to tax  the colonists in order to pay the salaries of these British military personnel. Parliament also decided to require the colonists to feed and house British military personnel so  stationed there.

This was something new. The British Parliament had never before directly taxed their American colonists.

So, the Stamp Act of 1765 was passed. It required that printed materials in the colonies be produced on stamped paper. Such paper was produced in England and would carry an embossed revenue stamp. The printed materials included legal documents, magazines, playing cards, newspapers and most other types of paper used in the colonies. The tax had to be paid in valid and scarce British currency. No payment would be accepted in colonial paper money.

The required stamp for lawyers, college students and apprentices was seen as an attempt to limit the growth of a professional class and a skilled worker class in the colonies. Violations of the act were to be tried in Admiralty Courts, not colonial courts. The imposition of this tax was thus  seen as an attempt by Parliament to limit the freedoms enjoyed by colonists.

Colonists argued that the troops were no longer needed in the colonies since the French were gone for good from North America. They also objected to being forced to house and feed the troops. Colonists also objected to these poorly paid troops working at civilian occupations when they had time off, because these troops took jobs from colonists.

The majority of colonists objected to the tax. As Englishmen, they believed they could not be taxed without their consent. Since they were not represented in Parliament it was a violation of the British Constitution and their rights as Englishmen. They argued that only their own colonial legislative bodies could give such consent. Thus, resistance came from all thirteen colonies.

The Stamp Act Congress held in New York was the first joint colonial response to an act of Parliament. Also, Committees of Correspondence were set up thus creating a system of communication and cooperation between people in all thirteen colonies. Violence was used to intimidate distributors of the stamped paper. Thus the tax was never properly collected.

Another part of Prime Minister Grenville’s program was to put a tax on molasses entering the Colonies. This was contained in the Sugar Act of 1764. This was intended to freeze out foreign competition and create a monopoly for British investors in the West Indies. This was seen as another attempt by Parliament to limit economic freedoms in the colonies. This tax failed because of colonial smuggling and bribes paid customs officials.

In England, merchants were hit by boycotts of their products in the thirteen colonies. They, in turn, pressured Parliament to repeal the Stamp Act. It was withdrawn by Parliament in March of 1766. but, at the same time, Parliament affirmed its right to legislate for the colonies by passing the Declaratory Act, “in all cases whatsoever.”

In the next newsletter, I will continue to describe the growing dispute between Parliament and the colonists. 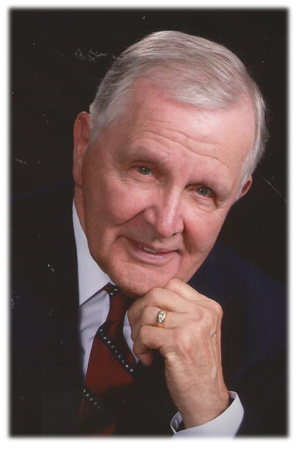